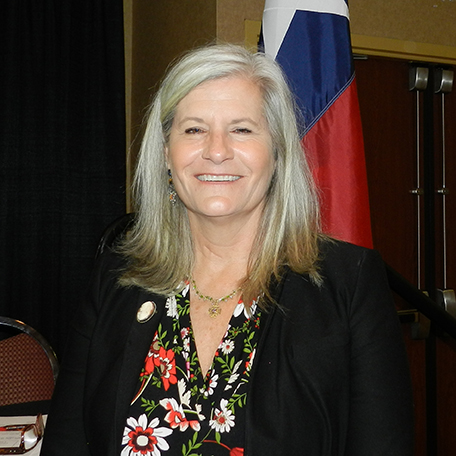 There are just a few months left for the United States Senate to save 700 East Texas jobs and preserve $170 million a year in private-sector economic activity in East Texas— and yet, one man currently stands in the way.

U.S. Senator John Cornyn is blocking legislation that would clear the way for the Alabama-Coushatta Tribe to continue offering electronic bingo at its Naskila gaming facility near Livingston. The bill he is holding up would also save another 1,000 jobs on Ysleta del Sur Pueblo tribal lands near El Paso.

This bill, authored by East Texas Republican Rep. Brian Babin, passed the U.S. House unanimously more than a year ago. It enjoys strong bipartisan support from the state’s congressional delegation and overwhelming support from civic and business leaders in East Texas. But this bill and the jobs it would save have been left to hang in the balance by our senior senator. And with just a few months left in this session of Congress, there is little time to spare.

Texas Attorney General Ken Paxton has been fighting for years in court to shutter Naskila, an action that would put hundreds of East Texans, who come from a variety of backgrounds, out of work. Rep. Babin’s bill, H.R. 759, if passed by the Senate, would make clear that federally recognized tribes can offer electronic bingo on their land. Such a bill would erase the conflict in federal law that fueled Paxton’s lawsuit and, more importantly, keep Naskila operating for the guests who enjoy visiting and the employees who make their livelihoods there, along with the numerous businesses that provide goods and services to the facility and the Tribe.

It’s true that Texas elected officials have long resisted any expansion of gaming. But this is not an expansion — it is the continuation of a narrow definition of gaming that has been allowed for federally recognized tribes in Texas. The Kickapoo Tribe in Eagle Pass near the Texas-Mexico border currently operates a facility with electronic bingo. Even if the attorney general’s legal efforts are ultimately successful and the facilities in Livingston and El Paso are shut down, electronic bingo will continue legally on Kickapoo lands – but not at Naskila!

This is why business and community leaders in East Texas are so perplexed by the Senate’s inaction: If the economy along the border gets to benefit from electronic bingo, why not the economy of East Texas? Why should our region and our citizens get the short end of the stick?

Senator Cornyn has asked the Indian Affairs Committee not to consider the Babin bill. In doing so, he is seriously endangering hundreds of jobs directly and indirectly provided by the second-largest employer in Polk County.

The Babin bill simply eliminates the conflict between conflicting federal provisions that have brought us to this point, but there is a larger issue here that matters much more to the people of East Texas. At a time when a global pandemic has wrought havoc on the Texas economy, most of us aren’t too concerned with the technicalities of conflicting laws. We just want our fellow citizens to have a place to work. Further, we want East Texas to benefit from an activity that will continue to be legal in Texas, regardless of whether the Naskila gaming site is shut down.

There is a long tradition of Texans going to Washington to fight for private-sector economic opportunity and against government overreach. For many years, Senator Cornyn has carried on that tradition. His unwillingness to support and assist us on this issue is at odds with pro-business principles, and East Texas could suffer as a result. Fortunately, it’s not yet too late for Senator Cornyn and his colleagues to pass this bill and provide a dose of the economic security we all need right now.

Sydney Murphy, a Republican, is the Polk County Judge.